About Us / The Team / Stephen McDonald 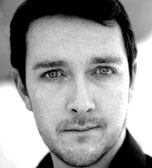 After graduating with a degree in Business studies and a Masters Degree in Information and Administration Management, Stephen joined CSC Computer Sciences as a Consultant. During his time there, he worked at Bhs, Anglian Water in 2 project management roles, and with BHP Billiton on bringing onshore, offshore technologies from drilling rigs in the Irish Sea.

He then joined Merrill Lynch where he worked on various projects with Bloomberg and on the trading floor. Stephen then attended and graduated from Drama school. He fulfilled a life long dream to perform on the west end stage in several shows and went on to work as an actor and voice artist.

He is also as an Academic Associate of the Chartered Institute of Personnel and Development (CIPD) now focusing on work as a leadership development trainer.