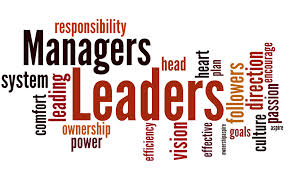 Manager or Leader… Which One Are You…?

There has been a huge explosion in the number of people with manager somewhere in their job description in the post war period. Everyone’s a supposed manager these days. Arguably, many are under an illusion of importance. When vast swaths of middle management are removed from organisations, usually very little changes begging the question what did they ever do in the first place? But try removing those on the shop floor who actually make the widgets and see how immediately productivity is affected. Also, try to run a large company, football team or school choir without real leadership and notice how quickly the organisation loses its way and stops performing.

So, perhaps there are only a few positions of real leadership – probably you can only ever have so many cooks – therefore only a few chosen individuals out of the many who call themselves a manager, can ever hope to ascend to the position of a leader. So what are the traits that only those select few have beyond their peers?

The Difference Between a Leader and a Manager

Here’s an attempt at distinguishing the necessary traits between a leader and a manager:

Many people, possibly most, approach there managerial careers in a manner that means they won’t ever be considered as future leaders. Might be a good manager but leadership is made of rarer stuff it seems.

It almost seems that real leaders have more in common with artists than with hard headed corporate managers which neatly returns us to the notion that art and business have a lot to learn from each other yet.