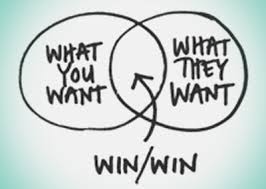 Using role play is an innovative means of training in many areas of business and particularly relevant for those interested in mediation.

Dynamic Presenting ran a sell out workshop on improvisation skills for qualified mediators. The event was organised in conjunction with CIArb – Chartered Institute of Arbitrators www.ciarb.org and took place at the offices of magic circle law firm Allen & Overy. Sartaj Garewal MCIArb and elite mediator Amanda Bucklow ran a very interactive, high impact session allowing delegates to experience the value of improvisation when the stakes are high. Role play in other words.

Keynote speakers included The Honourable Mr Justice Ramsey and Karl Mackie. The day involved various break out sessions addressing a wide range of relevant topics from ‘The Myth of Reality Testing’ to ‘Improvisation Skills for Mediators.’

The event began with a high impact forum theatre intervention where the audience of 50 or so invited delegates watched actors role playing a typical mediation scenario. The scenario was challenging and realistic and depicted two parties in conflict where the mediator (played by an actor) loses control of initial proceedings and the whole affair turned into a slanging match.

The scene lasted just a few minutes and was then re-run from the top, only this time the watching delegates were instructed to stop the action whenever the actor role playing the mediator character said or did anything they felt could be more effective. The actors would role play moments as advised with new direction and lines from the audience which in turn affected the behaviour and actions of the two parties in conflict, resulting in a completely different and far more effective outcome. All with a good deal of laughing and debating along the way..!

With a keen, energetic audience, experiential training interventions such as forum theatre and role play can work wonders and all with absolutely no powerpoint slides or flip charts in sight…!!