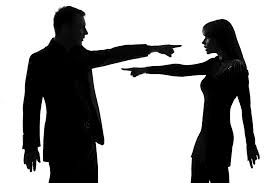 Creativity – Learn to Improvise and Boost Your Creativity…

Creativity and true innovation are often cited as fundamental for any organisation wishing to grow and evolve. But just how do you get “creative?”

A lot of creative expression requires the will to break form and take risks. However, most corporate cultures are so control-minded that any true creativity is stifled from the outset. This then requires companies and leaders to take a very large step back to assess how they think and operate on a macro level and to make massive changes in order to dismantle existing cultures and nurture environments where creativity can actually take place. If creativity is essential for business, then most businesses need to change dramatically and soon.

Much of creativity is about suppressing the conscious mind, thus allowing the subconcious mind to play and express thus resulting in new ways of looking at things and fresh perspectives. In other words it’s about turning off the critical, analytical brain. Not that the ability to critically assess and analyse isn’t valuable, just that in our world and especially in business those skills have been favoured over creativity for too long. What is needed is a happy balance.

Improvisation in the theatrical sense unleashes creativity of the participants yet has rules and structure, like any game, and so is not quite the creative free for all that many may think of it as. However, in improvisation rules aren’t rules as such, they’re more like guidelines. Those new to improvising often get caught up focusing on the supposed rules whereas if a freer, fearless, go with it attitude is adopted then then creativity is allowed. And that’s the key thing – to ALLOW creativity to bubble up, because believe it or not we are all creative beasts. It’s just that some of us have put more layers of stuff between us and that creativity than others.

How then, do you improvise? Well there are many actor led games that can be adapted from the world of theatre and the rehearsal room for the benefit of organisations. Most games are simple and can be played by anyone. These games can be entertaining and unifying. The more you are prepared to put your ego aside, the more you open up and the more creative you become.
“There are people who prefer to say ‘yes’ and there are people who prefer to say ‘no’. Those who say ‘yes’ are rewarded by the adventures they have. Those who say ‘no’ are rewarded by the safety they attain.” ― Keith Johnstone, Improvisation Guru