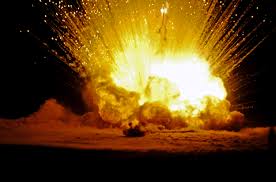 Management by hand grenade is how Paolo Di Canio’s leadership style as manager of footballing side Sunderland was described. And management by hand grenade is the style that has got him sacked. He often spoke about players lacking the right level of desire, that there were not enough leaders on the pitch and that he wanted more “nasty” players – a term he used frequently.

His managerial style was characterised as having a very much a me and them attitude. He was fond of dramatic statements and had a questionable history of falling out with players and footballing authorities wherever he went.

He favoured an autocratic leadership style and would routinely berate his players in post match press interviews – a surely divisive and dangerous tactic. Contrast this with the approach of truly accomplished man managers who get the genuine buy in of their team.

Di Canio’s focused on passion and making big statements both on and off the pitch – exactly as he was as a player in years gone by. Therefore he could often endear himself to a certain section of stakeholder – the fans, who may well be tired of overpaid, pampered players not putting in the performances that are expected of them.

Regards personal responsibility he never ever said “that’s my fault”, “i take full responsibility”, “i made a mistake”, “sorry”, “i need to change what i am doing” etc. In fact and crucially Di Canio continues to claim that he will not change his style.

Just a few games into the new season saw a player revolt which led immediately to his sacking from the job. His stand off with fans after the most recent defeat telling them to keep their chins up may in his mind have been an attempt to take responsibility but it played out very differently and looked to many like he was saying “what can I do, it’s those non-performing players you need to talk to.” A pretty obvious display of incongruent body language compared to the verbal message.

Reign of Fear, is no Reign at all

A reign of fear is no reign at all. Yes discipline is important, undoubtedly more so in a professional football club than in many organisations.

In short, man management these days requires more listening, probing through questioning, reflecting back, checking for understanding, taking personal responsibility, developing lastig relationships underscored with mutual trust. Alex Ferguson eventually realised this and stopped using his famous “hairdryer” tactic on players – he would loudly chastise under performing players at half time from a range of two inches until they were saturated with fear. In short, management by hand grenade just doesn’t work, influence or have much effect.

The idea of coaching or being supportive to players and staff would be alien to Di Canio.

Also, the blanket approach to man management went out a long time ago as the real art is about understanding each individual and motivating them appropriately. That’s the art of management – that flexibility, awareness and appreciating that all things change.

The lights have certainly gone out on management by hand grenade – public humiliation, denigrating the efforts of others and attempting to control through a reign of fear. And when autocratic management seems so out of place in the macho world of football you realise that times have truly changed.